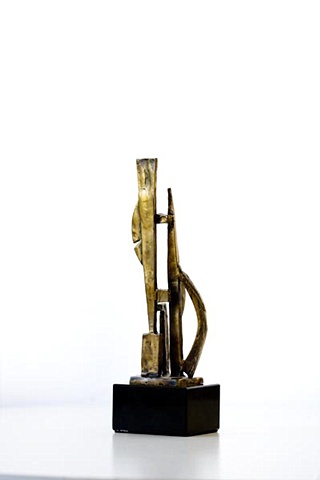 Trained at the Art Students League in New York, Dorothy Dehner (America, 1901-1994) didn't began making sculpture until after 1950 and her divorce from David Smith. Having resolved to become a sculptor almost 30 years before, she burst on the scene almost fully formed. Her work has been featured at the Jewish Museum in NYC and at the Cleveland Museum of Art. Monumental in conception and ambition, none were ever created in the sizes she envisioned but remain table-top size. This is one of the few editioned works she created and has been widely exhibited.